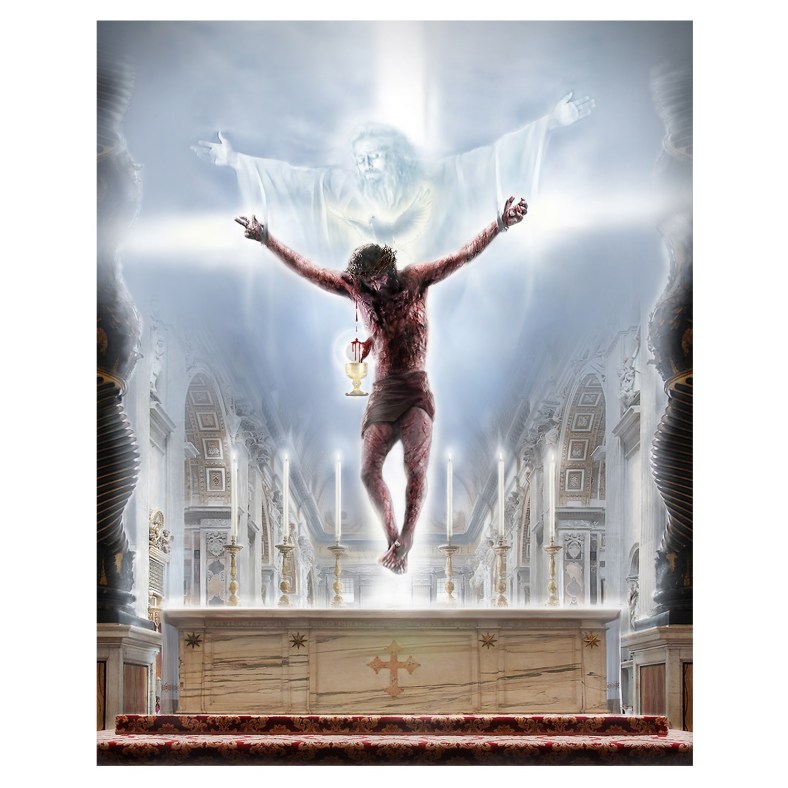 The Most Holy Trinity print – artwork by artist Richard L George, was inspired by the description of the vision of Sr. Lucia, visionary of Fatima:

“Suddenly a supernatural light illumined the whole chapel and on the altar appeared a cross of light which reached to the ceiling.
In a brighter part could be seen, on the upper part of the Cross, the face of a man and His body to the waist; on His breast was an equally luminous dove, and nailed to the cross, the body of another man.”
“A little below the waist, suspended in mid-air, was to be seen a Chalice and a large Host onto which fell some drops of Blood from the face of the Crucified and from a wound in His breast. These drops ran down over the Host and fell into the Chalice. Under the right arm of the Cross was Our Lady with Her Immaculate Heart in Her hand . . . It was Our Lady of Fatima with Her Immaculate Heart . . . in Her left hand . . . without a sword or roses, but with a crown of thorns and flames . . .. Under the left arm (of the Cross), some big letters, as it were of crystal clear water running down over the Altar, formed these words: “Grace and Mercy.”
“I understood that it was the mystery of the Most Holy Trinity that was shown to me, and I received lights about this mystery which I am not permitted to reveal.” 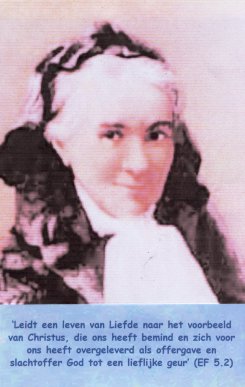